Read our update on Ethiopia.

When his income doubles, farmer sees the benefits of sustainable agriculture

Mewucha struggled to feed his children, but with seed capital and training, his family is now thriving 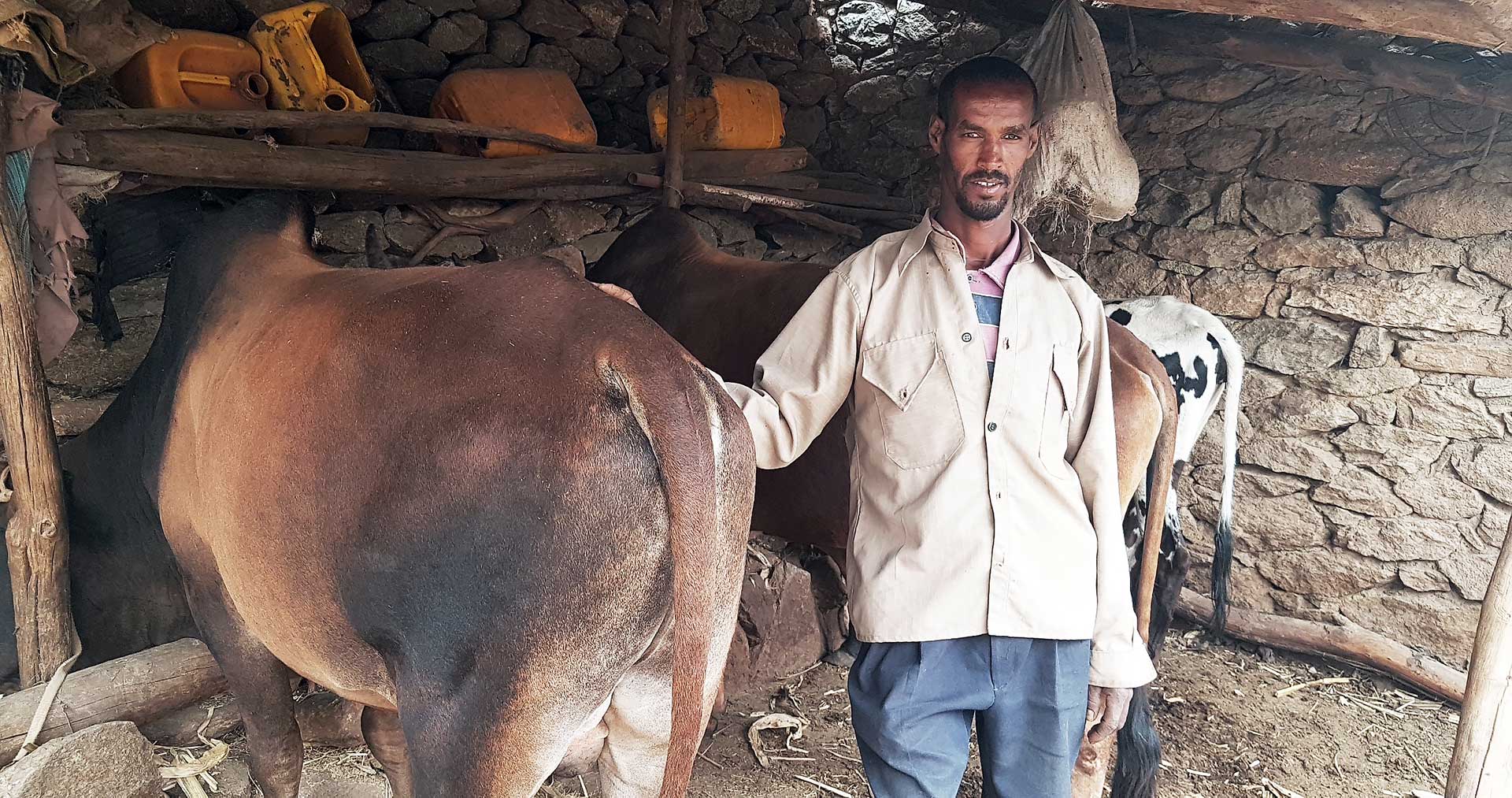 Mewucha feeds his cattle purchased with a loan that jump-started his diversified agriculture business.

Mewucha lives on a small piece of land in his rural Ethiopian village. But without training or supplies, he was unable to use this asset for food or income. Instead, he spent five months of the year chasing migrant work, taking him away from his family and home. Even this grueling routine did not provide enough to feed his four children who often went hungry. Then, Mewucha learned that the solution to his struggles were in the land all along.

When Mewucha heard about a new agriculture loan project in his village in 2016, he signed up immediately. He received a joint loan for vegetable production and cattle fattening, which allowed him to leverage the byproducts from each activity and build two income streams at once.

As part of his training, Mewucha developed a business plan that would increase the sustainability and quality of the land while producing a reliable income. With his first loan of $450, Mewucha purchased an ox, three sheep, high-quality seed and fertilizer, animal feed, and materials for a shade structure to protect his livestock.

Training in sustainable agricultural practices like recycling byproducts, crop rotation and diversification, and the benefits of improved cattle breeding enabled Mewucha to increase his farm’s productivity while keeping his costs low. Mewucha also received hands-on assistance with his farm from a community facilitator, who showed him techniques to care for his assets and the land.

Between just two harvests that first year, Mewucha more than doubled the annual income he earned as a migrant worker.

“My income has increased thanks to the unreserved support and close follow-up of my Glimmer community facilitator,” Mewucha said. 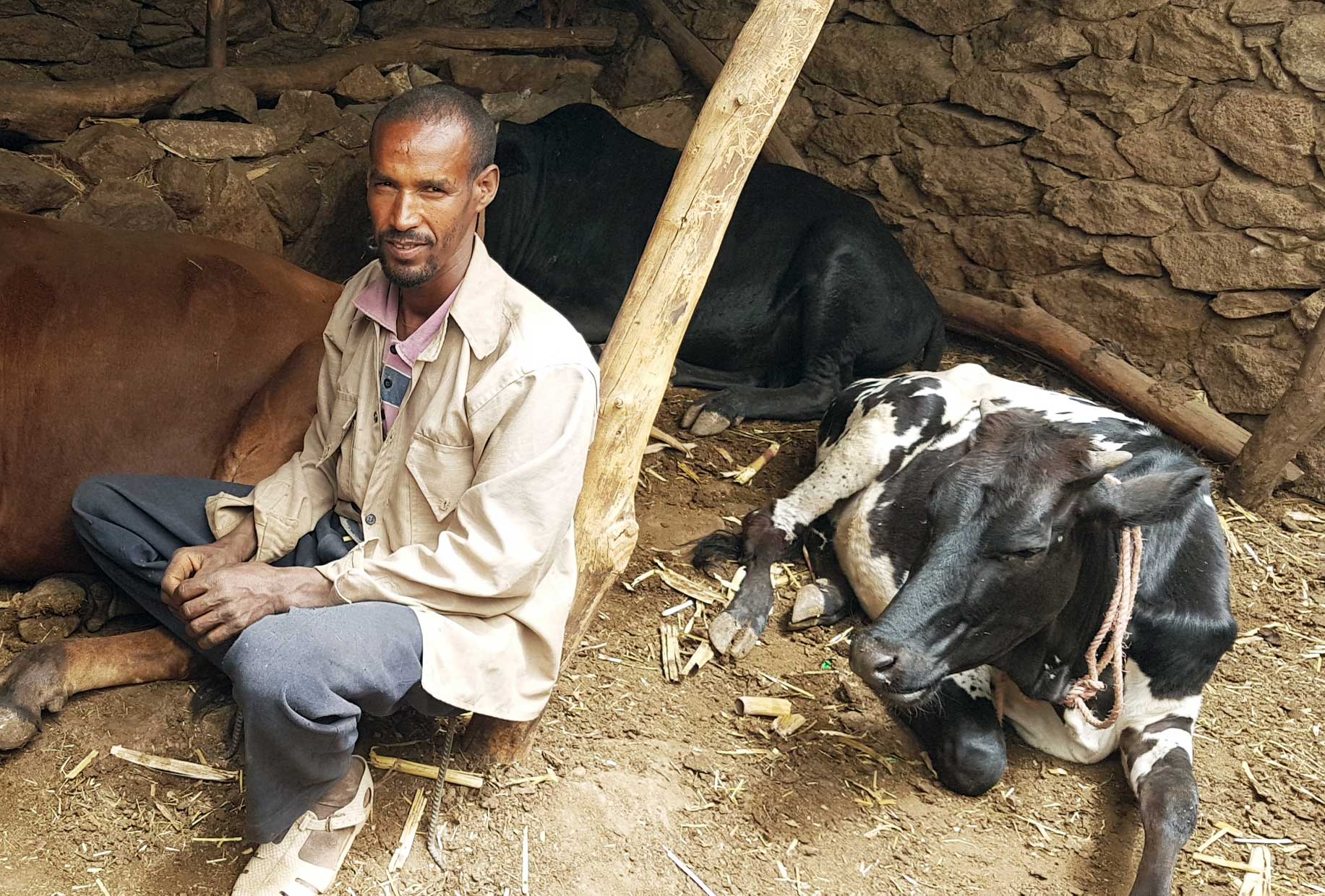 Mewucha used his earnings and the skills he gained from training to grow his farming business.

In 2018, Mewucha received a second loan and training for irrigation, which taught him how to maintain healthy land through sustainable farming practices and irrigation.

“Irrigation development also [allows me to] plant animal feed like cow pea and alfalfa,” Mewucha said. “I use the waste from my animals as compost for the land. In general, fattening and irrigation farming supplement each other.”

The care Mewucha has learned to take with the land builds the long-term health of the soil and creates a sustainable business and resilient future for his family. Mewucha’s children no longer go without food, and the family is together year-round. Mewucha has repaid both of his loans, opened a savings account, obtained more farmland, and purchased more animals, perennial crops and trees, and materials to build a new house. Mewucha’s wife also joined the training program and received her first loan. 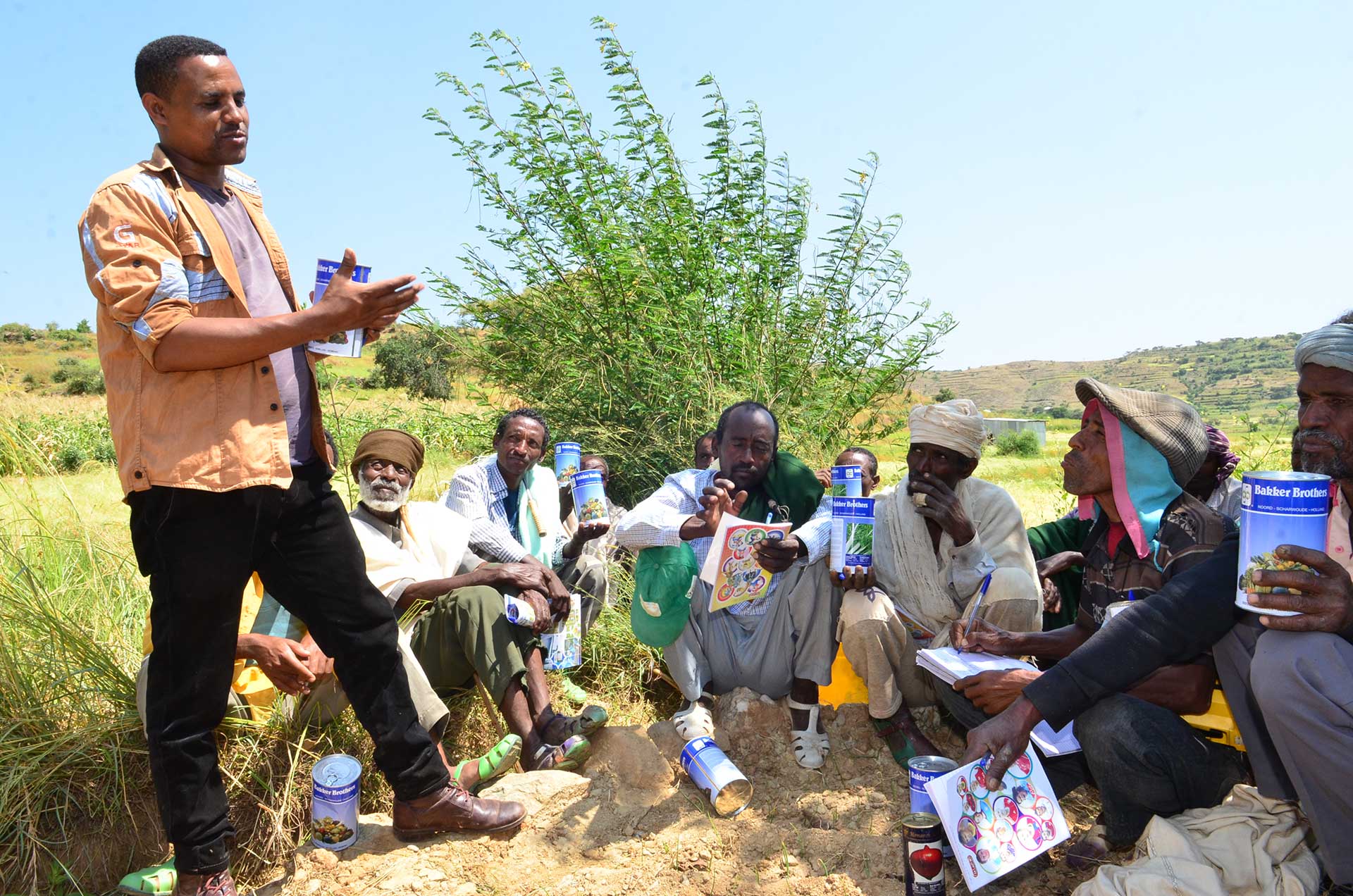 Farmers attend a training to learn how to bring vegetable products to market in Medebay Zana in 2018.

“The loan we took for the third round is not just for the sake of the loan,” Mewucha said, “But in order to receive the training provided because the training brings mental change.”